A double opportunity to own, work in, lease out or even live in a Victoria Quarter character building is on offer through Ray White Commercial Auckland.

Directors Nigel Ingham and John Davies have just listed two heritage buildings that are not only blank canvases for owner-occupiers, they offer the scope to develop either or both of the sites in the future, subject to resource consent.

They are also located strategically among some of the biggest projects now under construction in Auckland — the New Zealand International Convention Centre, the Hobson Street Hotel and the City Rail Link.

“These buildings date back to the 1900s and have the potential to become cool character spaces,” Mr Davies says.

“They’ll appeal to buyers looking for a blank canvas and the chance to own and occupy their own building.

“Each building has two car spaces at the rear, accessed from Nelson Street, and this in itself adds value. In December 2017, a car park in the Quay Residency apartment complex — not too far from these properties — sold for $265,000.” 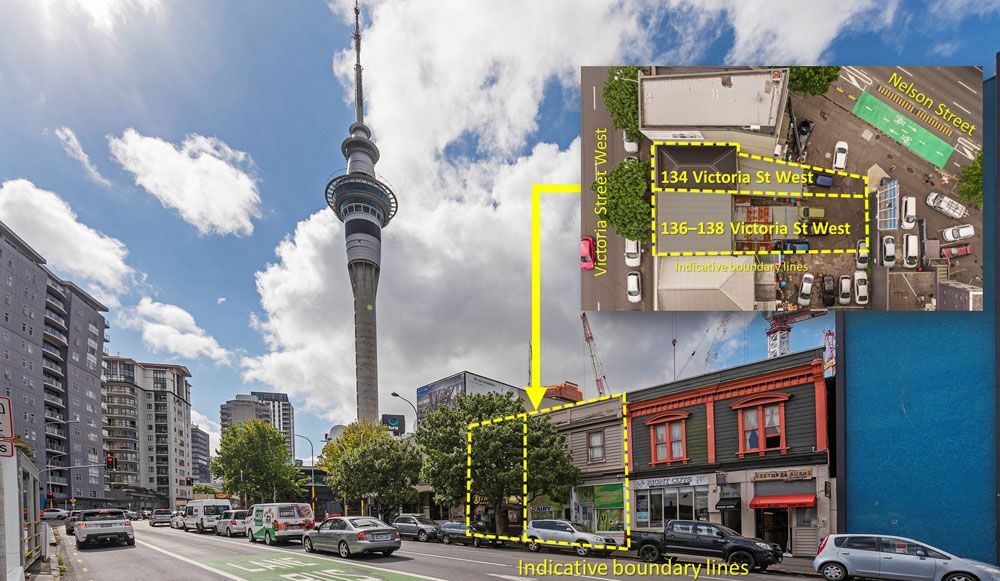 The combined passing rental income for the properties is $78,674.65. A convenience store operates at 136-138 Victoria Street West on a lease expiring in July 2018.

A spa and beauty salon has leased 134 Victoria Street West until June 2019 but the lease terms include a demolition clause.

“There’s potential for mixed-use, residential, retail and office, subject to resource consent. A buyer could consider living upstairs while either operating a business downstairs or leasing out the commercial space.

“Living as well as working in one of these buildings, with all the space and the scope to make it your own, is an appealing alternative to buying an apartment in the CBD, paying body corporate fees and being subject to the limitations of strata living.

“When you compare these two options, the advantages of a character freehold standalone building in an up-and-coming urban precinct are pretty clear.”

The NZICC and the 300-room Hobson Street Hotel are being built together and due to open in 2019, with the world-class venues expected to create jobs and host thousands of international visitors.

“There’s no doubt these projects, as well as the CRL — which will be one of New Zealand’s biggest-ever transport projects when complete — will have a positive impact on the Victoria Street West properties for sale,” Mr Davies says.

“Aotea Station, which is within walking distance, will be one of the stations on the underground CRL train line.” 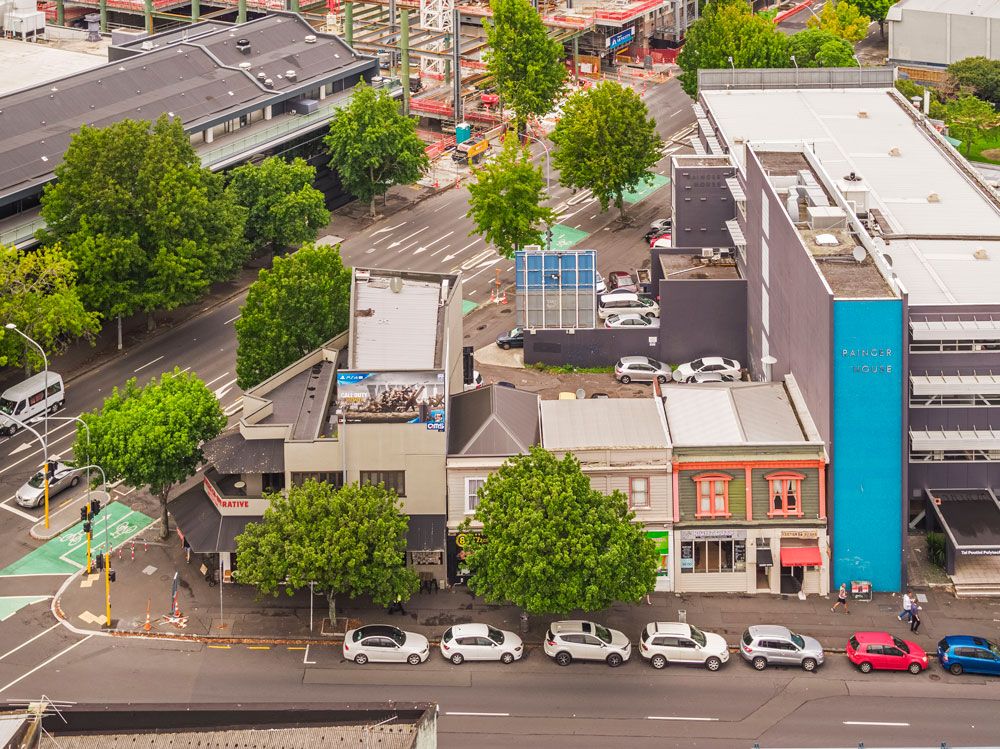 The buildings are also close to the newly completed NZME and BDO Centre, both medium-rise, five-star green designed commercial office and retail buildings.Wyndham Hotel Group’s third Ramada Suites in Auckland is under construction across the road.

“These properties have lifted the quality and offering of both retail and commercial office within the area over recent years,” he says.

“The precinct is undergoing transformation much like the rejuvenation of Sale Street and around Victoria Park that has already taken place.”

The properties are being sold by deadline private treaty either separately or together.

“Bought together, the properties offer a superb development opportunity — either to demolish and undertake a total new build or refurbish the existing buildings,” Mr Davies says.

“The zoning of Business — City Centre Zone under the Auckland Unitary Plan allows for a height limit of up to 40 metres, so a building could go up 10 to 12 storeys, subject to resource consent.”

The properties are close to the Auckland Viaduct, a popular destination for bars, restaurants, hotels and offices that is likely to also be the home base for the America’s Cup defence in 2021.

Back to all news
Up to Date