A large Victorian house in Auckland’s Remuera has sold for $8.6 million.

The five-bedroom villa with landscaped gardens and pool at 78 Orakei Road, next to Waiata Reserve, was snapped by luxury property development company Gibbons Co.

The property had been on the market in 2018 with families in mind but the 2525sqm section had huge appeal to developers wanting to add more housing.

“It’s a large residential site in double grammar zone, heartland Remuera. There are not many like 78 Orakei Road that come up,” Hurst said.

Between purchase and settlement, Gibbons Co had consents granted to build 19 townhouses on the site, despite objections around parking and traffic from the Remuera Residents Association.

Hurst said: “They’ve sold down already, which shows you the demand for this kind of town house in Remuera.”

The development – known as 78 The Reserve – is due to be completed next year, with townhouses priced from $1.099 million.

An artist impression of the townhouses at 78 The Reserve. Photo / Supplied

A staff member at a house-moving company has plans to relocate the grand 457sqm villa on the site, although Hurst said that little of the original Victorian villa remained, with much of house consisting of additions from the late 1990s.

Hurst said that his division at Ray White was focused on finding land for developments and worked with residential agents to find suitable properties.

“A few of these are off-market. We did a similar deal in Eaglehurst Avenue, in Ellerslie. And we have another in Queen Mary Avenue, in New Lynn, which has a block of land in 14 flats, but it’s on 2089sqm so has room for more development.”

The block of 14 freehold units in New Lynn is for sale, with a set closing date of September 3, and is aimed at investors.

“With the median unit prices across Auckland fast approaching $620,000, the units offer passive investors an opportunity to secure a sizeable split risk investment in one property,” Hurst said.

The sale of 78 Orakei Road is one of several large development deals that have been brokered in the city. During lockdown, a 3.17ha property in Upland Road, sold for an undisclosed sum. The site of the former Caughey Preston rest home, which has a CV of $100 million, was sold to a developer for a comprehensive, master-planned residential project in a deal brokered by Colliers International.

It’s not just big residential sites that are being targeted by developers. The Unitary Plan has made smaller ones attractive too.

Bayleys agent Matt O’Brien said it had taken people some time to figure out the Unitary Plan and what the different zonings meant, but development properties were now in high demand. “This year I’ve definitely seen an increase in people wanting properties that could be developed.”

A former state house at 22 William Avenue, in Greenlane, sold last week for $2.4 million – $550,000 above its CV. It had nine registered bidders and 50 groups through the open homes, many of whom were attracted by the 806sqm corner site and the Mixed Housing Urban zoning.

And at Barfoot and Thompson auctions last week two properties pitched at developers and zoned Mixed Housing Suburban sold under the hammer after strong bidding. 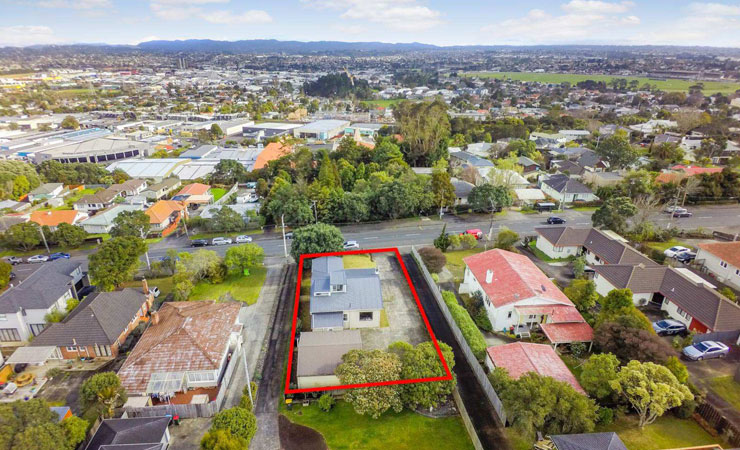 “Development properties are very much in demand, with an assortment of developers and investors seeking them out.”

GET TO KNOW JOHN DAVIES FROM RAY WHITE COMMERCIAL AUCKLAND

Back to all news
Up to Date